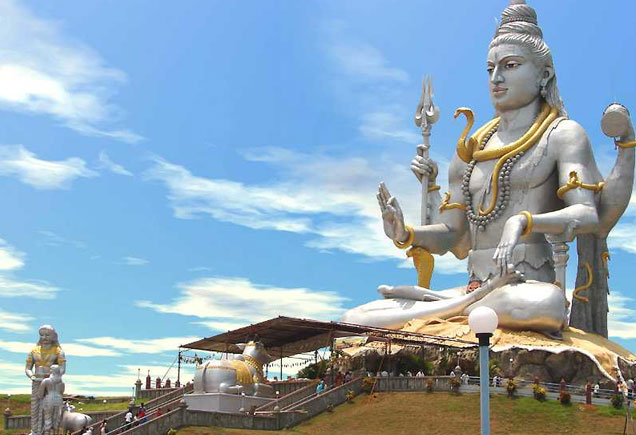 Murdeshwar is a town in Bhatkal Taluk of Uttara Kannada district in the state of Karnataka, India. Murdeshwar is another name of the Hindu god Shiva. Famous for the world's second tallest Shiva statue, the town lies on the coast of the Arabian Sea and is also famous for the Murdeshwar Temple. Murdeshwar has a railway station on the Mangalore-Mumbai Konkan railway route. 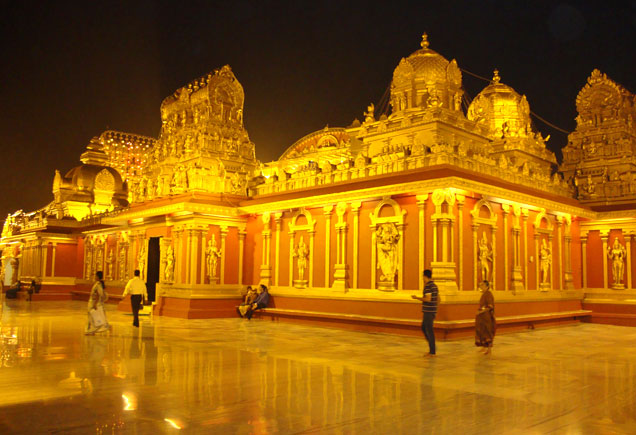 The Gokarnanatheshwara Temple, otherwise known as Kudroli Sri Gokarnanatha Kshetra, is in the Kudroli area of Mangalore in Karnataka, India. It was consecrated by Narayana Guru. It is dedicated to Gokarnanatha, a form of Lord Shiva. 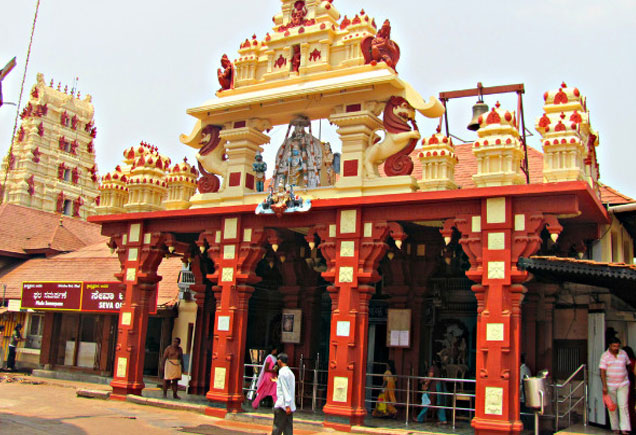 Udupi Sri Krishna Matha is a famous Hindu temple dedicated to god Krishna and Dvaita Matha located in the city of Udupi in Karnataka, India. The matha area resembles a living ashram, a holy place for daily devotion and living. 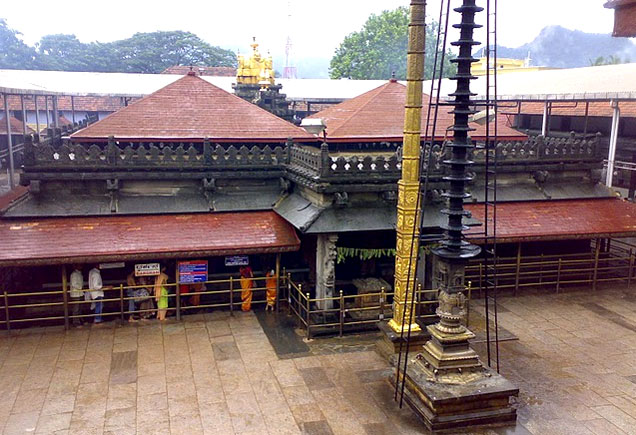 The Kollur Mookambika Temple at Kollur, Udupi District in the state of Karnataka, India, is a Hindu temple dedicated to mother Durga devi or Saraswati known as Mookambika Devi. Mookambika is Shakthi devi, the supreme mother goddess in Hinduism. She is worshipped in three different forms such as Maha Kali (goddess of power) in the morning, Maha Lakshmi (goddess of wealth) in the noon and Maha Saraswati (goddess of knowledge) in the evening. 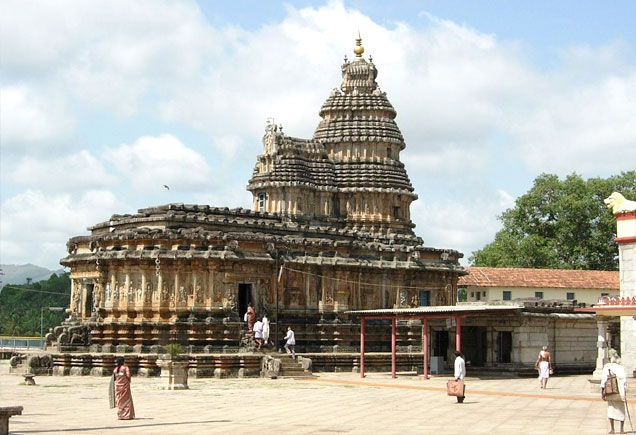 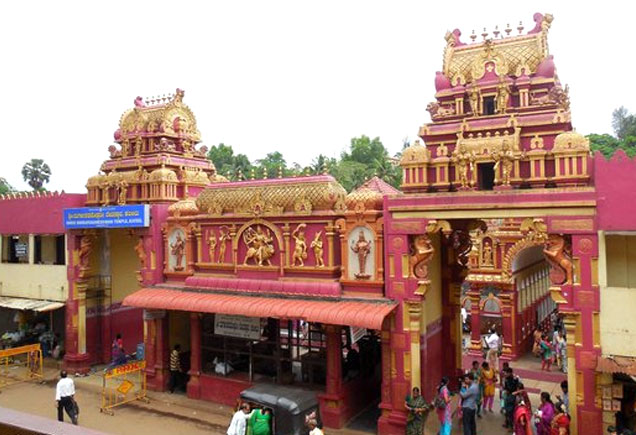 Kateel or Kateelu is a temple town in the Dakshina Kannada district of Karnataka, India. It is about 26 kilometers away from Mangalore and is considered one of the holiest temple towns in Hinduism. The main attraction of the town is the temple of Sri Durga Parameshwari. The holy temple is situated on an islet in the middle of the sacred river Nandini amidst panoramic scenes and fascinating greenery. Thousands of devotees visit Kateel every day to seek blessings from goddess Durga Parameshwari. obtain the blessings of Durga Parameshwari 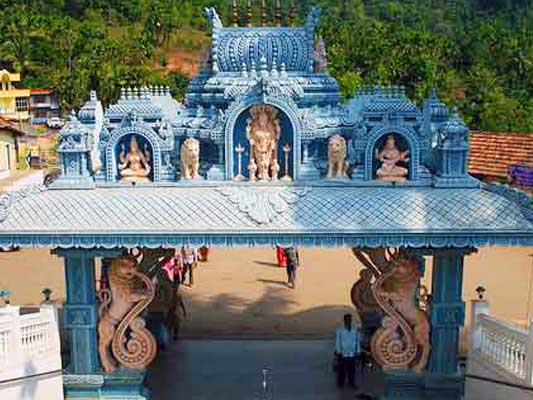 “Sri Kshetra Horanadu” is situated on the banks of river Bhadra in a remote corner of Chikkamagaluru dist, Karnataka, surrounded by the natural vegetation, forest, green lands, and natural beauty of the Western Ghats. The great deity of Adishakthyathmaka Sri Annapoorneshwari Prathistapana was done by his holiness Agasthya Maharishi several centuries back. The hereditary Dharmakartharu of our family started 400 years back. Till the 5th Dharmakartharu, the temple was having a very small structure surrounded by full of natural vegetation and forest. 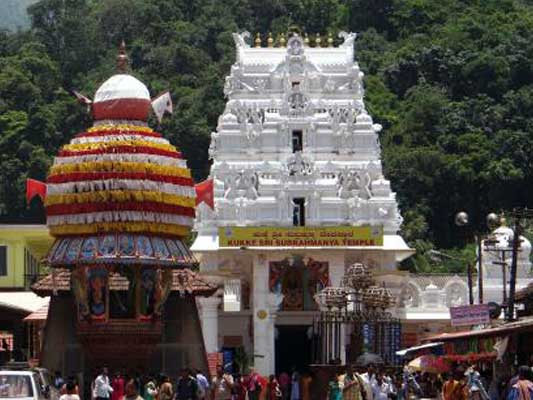 Lapped in the luxurious abundance of the beauty of the nature the village of Subramanya lies in the Sullia Taluk in Dakshina Kannada with a sancity which very few places can boast of. The temple is situated in the heart of the village. Nature reveals herself in all her unhidden beauty in the rivers, forests and mountains which the temples is surrounded by. It is about a 105 KM from Mangalore and can be easily reached by train,buses or taxis.

The Mangaladevi Temple is a Hindu temple at Bolara in the city of Mangalore in the South Indian state of Karnataka, situated about three km southwest of the city centre. The temple is dedicated to Hindu god Shakti in the form of Mangaladevi. 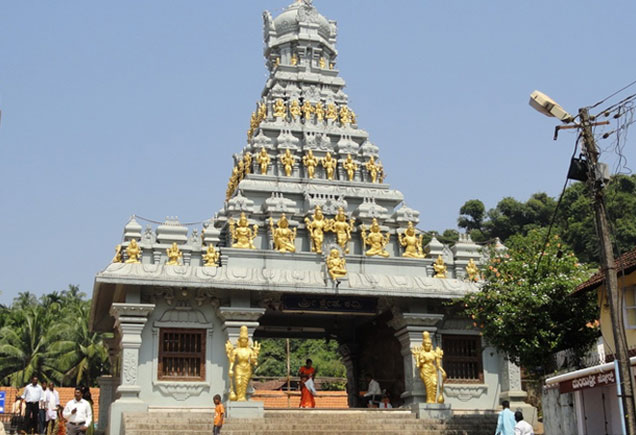 The temple of Manjunatheshwara on the hills of Kadri is a very beautiful and popular temple in Mangalore. It is said to be built during the 10th or 11th century. It was converted to a complete stone structure during the 14th century. The idol of Lord Manjunathaswamy of the temple is called as oldest of the South Indian temples. 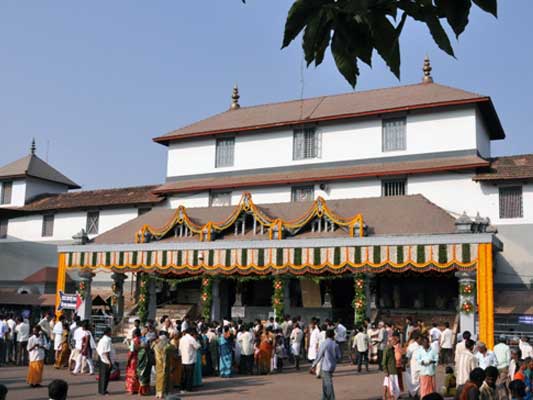 Shri Kshetra Dharmasthala, the land of righteousness and piety, is one of south India’s most renowned religious landmarks with a history as old as 800 years. Manjunatheshwara, the chief deity of the spiritual abode, has taken the form of a shivalinga and made immaculate, the temple town of Dharmasthala since and forever. Lord Manjunatheshwara, is being worshipped in a very unusual yet exceptionally inordinate manner in Shree kshetra dharmasthala, as this Shaiva temple is beseeched by Vaishnava priests and administered by Jain descendants.