Mysore (or Mysuru), a city in India's southwestern Karnataka state, was the capital of the Kingdom of Mysore from 1399 to 1947. In its center is opulent Mysore Palace, seat of the former ruling Wodeyar dynasty. The palace blends Hindu, Islamic, Gothic and Rajput styles. Mysore is also home to the centuries-old Devaraja Market, filled with spices, silk and sandalwood. 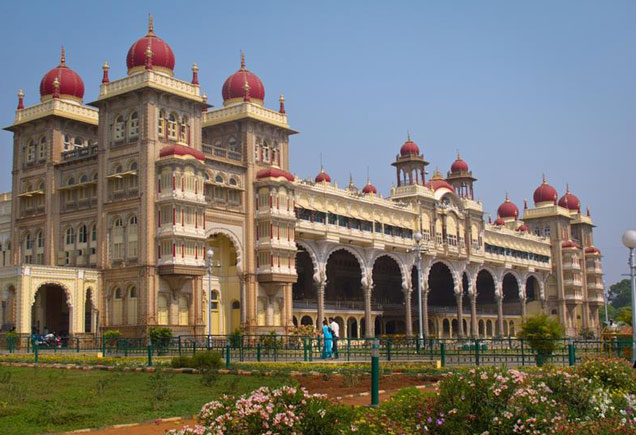 The Palace of Mysore is a historical palace in the city of Mysore in Karnataka, southern India. It is the official residence and seat of the Wodeyars — the rulers of Mysore, the royal family of Mysore, who ruled the princely state from 1399 to 1950. 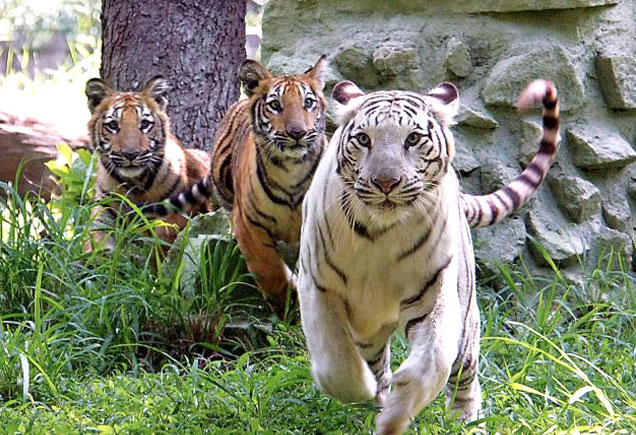 Mysore Zoo (officially the Sri Chamarajendra Zoological Gardens) is a 157-acre (64 ha) zoo located near the palace in Mysore, India. It is one of the oldest and most popular zoos in India, and is home to a wide range of species (168). Mysore Zoo is one of the city’s most popular attractions. 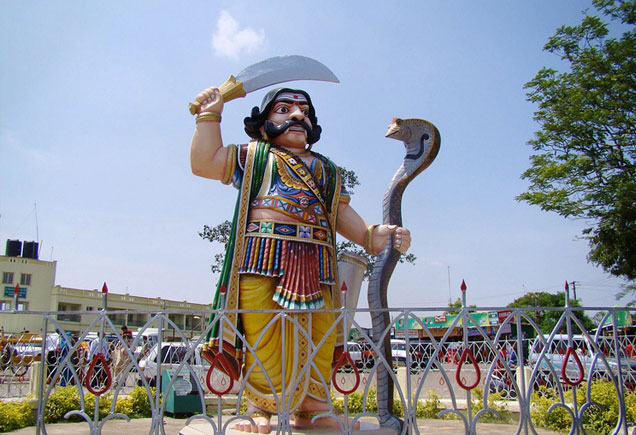 Chamundi Hill is about 13 kms from Mysore, which is a prominent city in Karnataka State, India. Chamundi Hills is famous not only in India but also abroad. Atop of the hill the famous Sri Chamundeswari Temple. ‘Chamundi’ or ‘Durga’ is the fierce form of ‘Shakti’. She is the slayer of demons, ‘Chanda’ and ‘Munda’ and also ‘Mahishasura’, the buffalow-headed monster.

The Brindavana Gardens is a garden located in the Mandya District of the state of Karnataka, India. It lies adjoining the Krishnarajasagara dam which is built across the river Kaveri. 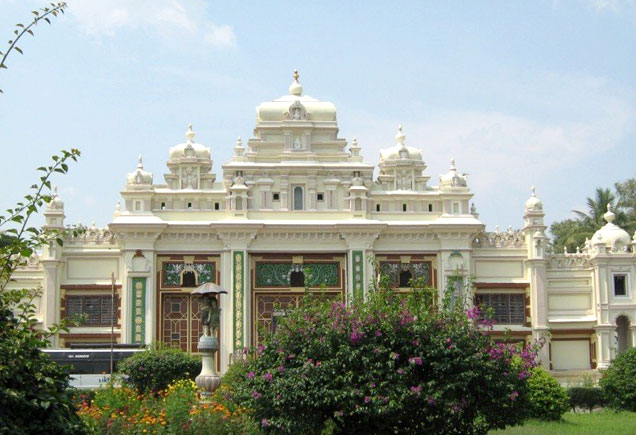 The Jaganmohan Palace in Mysore is one of the oldest buildings in Mysore. This Palace is more that 150 years old. Like the Mysore Palace this Palace too is a beautiful and ornamental Palace built by the Kings of Mysore. In the 150 years of its existence this Palace has witnessed a number of important events that have been instrumental in shaping the destiny of the modern State of Mysore today known as Karnataka. This Palace was built in 1861 and was initially an ornate wooden one and was being used by the Royal family when a fire destroyed it in 1897. 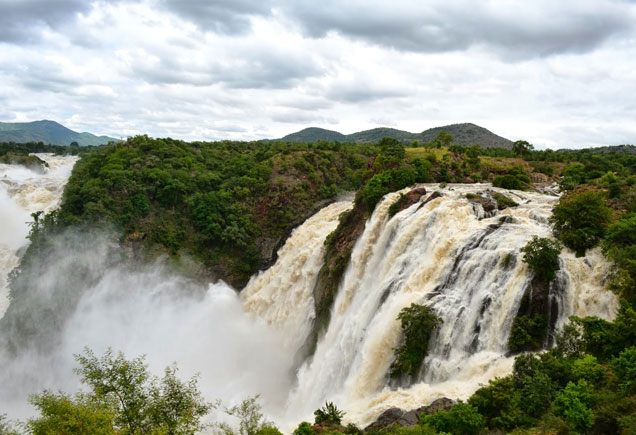 Shivanasamudra is a small city in the Mandya District of the state of Karnataka, India. It is situated on the banks of the river Kaveri, which forms here the boundary to the Chamarajanagar District 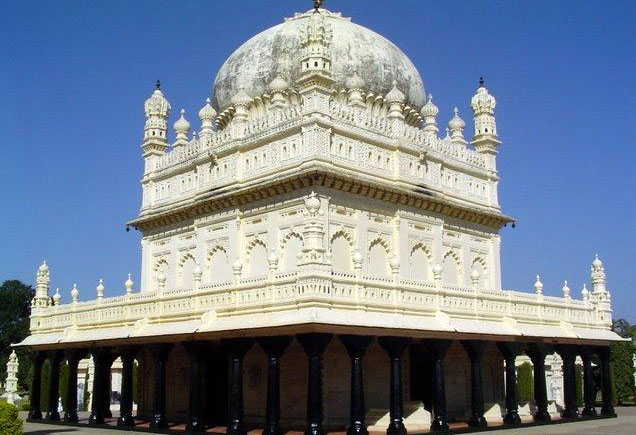 Srirangapatna is a town in Mandya district of the Indian state of Karnataka. Located near the city of Mysore, it is of religious, cultural and historic importance. 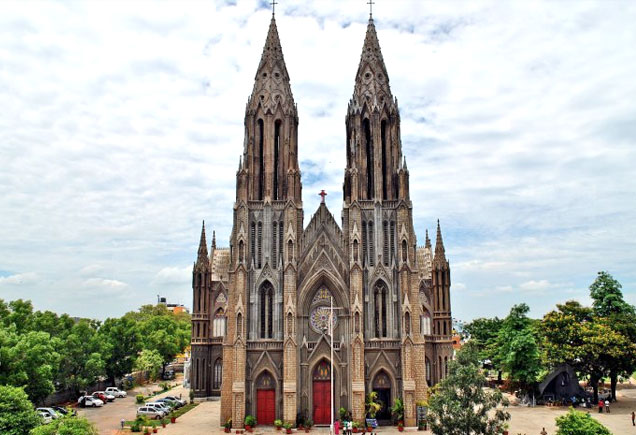 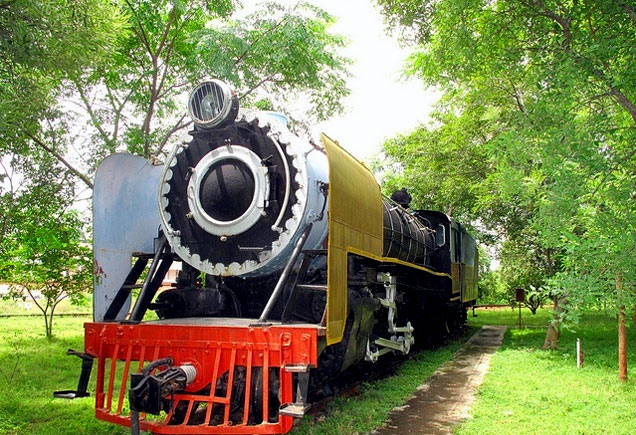